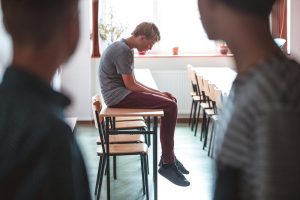 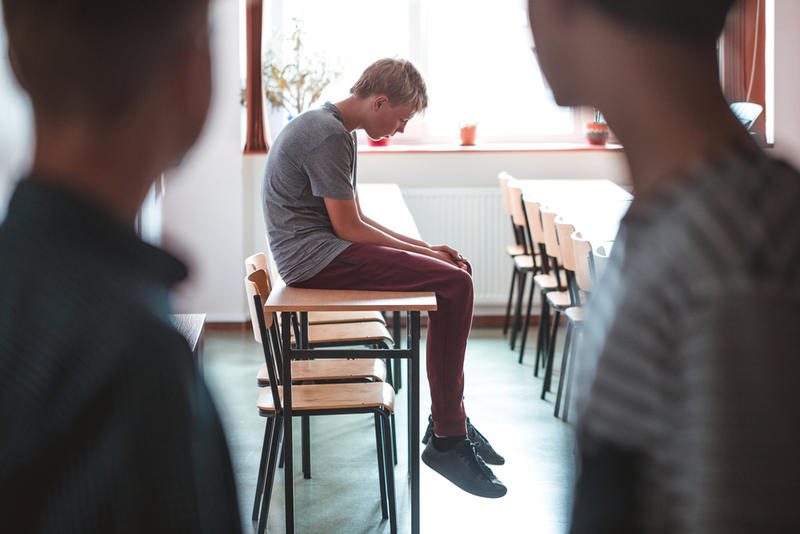 Rosie Dutton, a teacher at Relax Kids In Tamworth, UK, taught her students the consequences of bullying using just two shiny apples. Before her class even began, she continually dropped one of the apples on the ground even though both apples looked really juicy and tasty.

During the class, she started the exercise of saying really mean things to the bruised apple and telling it why she disliked it so much. In turn, the kids in her class started doing the same thing.

Some of her students looked at her like she was crazy but they passed the apple around in a circle calling it names. Remarks like “You are smelly”, “I don’t even know why you exist”, etc. They really just tore into this little apple which made Dutton really sad and sorry for the apple.

Then at some point in the class, Dutton cut open the apples and the apple everyone was kind-to was just as clear, fresh, and juicy as they expected.

However, The apple they had been very unkind-to was bruised and mushy. At one point, she believed there was a light bulb moment when the kids started to understand.

They actually realized what they saw inside that apple, the bruises, mush, and the broken pieces are things that happen inside all of us when we are hurt by others’ words and actions.

She shared her stories and experiences with bullying and explained to the children that even though she smiled on the outside, but on the inside, the words really hurt and made her sad inside.

She ended the post with words that everyone, regardless of your age, should always remember:

“The tongue has no bones but is strong enough to break a heart. So be careful with your words.”

Those are some very powerful words!