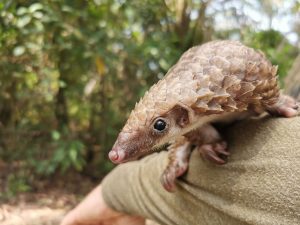 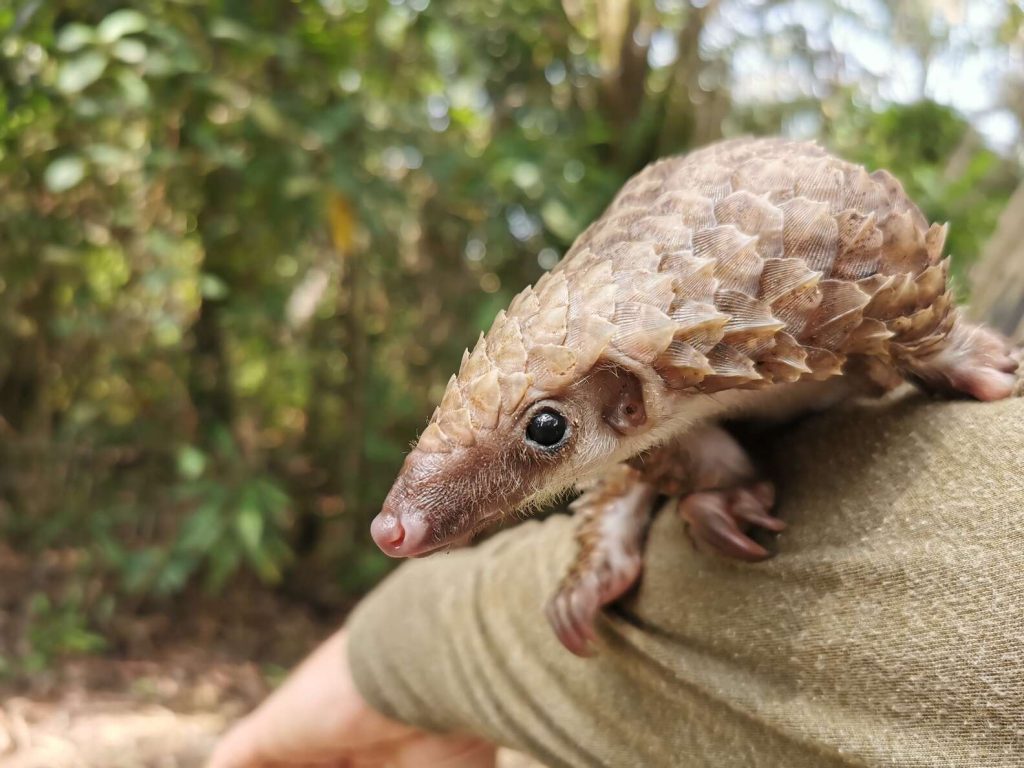 When you see a creature as cute as a Pangolin, it makes sense that you would want to care for it. Animals this adorable are rare in the extreme, and it makes sense; one look at a wee pangolin will remind you why they are so beloved in the areas of the world they come from. However, when Dr. Mark Ofua was out and about in Epe, Lagos, Nigeria, he heard of a struggling, white-bellied pangolin. It was clearly in need of aid, and the distress call was put out. So, Mark hopped in his car and acme to find the little dude.

Horribly, this baby pangolin was born in captivity to a gang of bushmeat traders. Without help, it is likely that he would die. So, Mark chose to take the whopping 31-mile trip all the way out to help the little one. Born to a mother without the strength to care for him due to captivity and without food or water, the prognosis was bleak. According to Mark, the pangolin was already hypoglycaemic when he arrived on the scene. So, the good doctor got to work, and the traders were more than happy to hand over the baby to Mark, seeing him as a burden.

Disgustingly, the adorable pangolin is the most trafficked animal on this planet. Their unique scale make-up and their meat makes them a highly prized asset for poachers and traders alike. However, the white-bellied pangolin in particular is seen as a species that is under threat at this moment in time, marked as Endangered.

What happened to the pangolin?

Taking it back to the SaintMarks Animal Hospital and Shelter, Mark got to work on heating up the pangolin, named Neal. They make a strength-building formula and he found plenty of comfort. Young pangolins typically ride on the tails of their mothers, looking for small food like ants. Instead, this one was being fed on his own.

Adorably, his caregivers are now seen as his mother of sorts. Neal likes to head on over to his caregivers and snuggle up for a little cuddle. He also loves his little feeding blanket and his bottle, and has become quite attached to milk. This little pangolin breaks the mould, too, being far more outgoing than your typical pangolin might be.

He even loves to kiss and “bath” his caregivers with his tongue. The hope is that when Neal reaches age he can be released into the pangolin rehabilitation center and given the chance to learn how to forage properly. The center is part of a protected forest, so he should be able to live a happy, healthy life in peace and quiet out there.

When you help an animal, it is only natural to become attached to them and to want to see them cared for accordingly. For many, this is the hope when it comes to Neal. He’ll stick around, giving his carers all the love and fun that he can, until he is ready to step out into the woods once again.